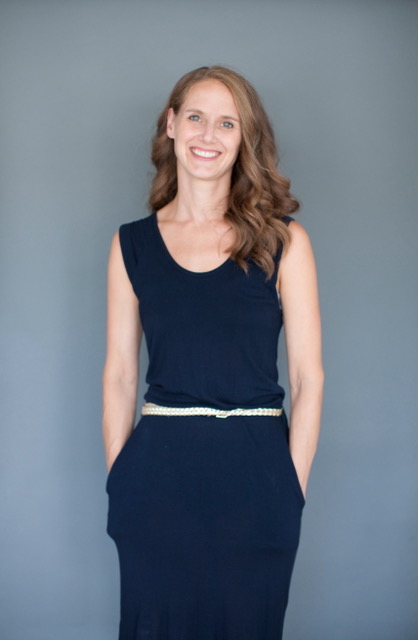 Lindsay Zier-Vogel is a Toronto-based writer, arts educator and love letterer. Following the publication of her critically acclaimed debut novel Letters to Amelia, she has a place-based picture book, Dear Street, coming out with Kids Can Press.

After studying dance at the School of Toronto Dance Theatre, she received her BA in English and then her Masters in Creative Writing from the University of Toronto, where she worked with thesis advisor, Anne Michaels. Her work has been published in various publications including The New Quarterly, The Letters Page (University of Nottingham), Where The Nights are Twice as Long (Goose Lane Editions), Watermarks: Writing by Lido Lovers and Wild Swimmers (Frogmore Press/Pells Pool, UK), The Temz Review, The Quarantine Review, The Lampeter Review, room, Taddle Creek, and commissions for The Varsity and The Toronto Star.

Her hand-bound books are housed in the permanent collection at the Thomas Fisher Rare Books Library in Toronto. In addition to leading ongoing creative writing workshops with adults and youth through the Toronto Public Library, with funding from the Ontario Arts Council, she is also the director of Word-Play's Writing In The City-a creative writing program for youth based out of TYPE Books in Toronto, and is a professor at Humber College's professional writing program. Lindsay is also a columnist with Open Book.

Lindsay is also the creator of the internationally-acclaimed Love Lettering Project, a community engagement initiative. Since 2004, Lindsay has been asking participants in over 250 events to write love letters to their communities and hide them for strangers to find, spreading the love. The project has been all over the world - from New York City to Whitehorse, Toronto to Teresopolis, Brazil, L.A. to London. The Love Lettering Project has been featured in international media including The Atlantic's CityLab, NPR, The Londonist, CBC Television's The National, Global National, CTV's Canada AM, Toronto Star, The Globe and Mail and CBC Radio's Metro Morning (where she is a frequent guest) and World Report and was deemed one of the 50 reasons to love Toronto by Toronto Life. Because of The Love Lettering Project, CBC Radio has deemed Lindsay a "national treasure."

The Shit No One Tells You About Writing
with Bianca Marais, Carly Watters, and Cece Lyra

Dispatches from a Creative Life
10 Questions with Kate Jenks Landry

In Conversation: Book*hug Press
Zier-Vogel reveals her fundamental hopefulness, her admiration for feminist icon Amelia Earhart, and her passion for the written (and enveloped) word.

Lindsay Zier-Vogel : my (small press) writing day
When I was pregnant with my first baby, I was terrified I wouldn’t be able to write after he was born...

CityLab: Love Letters for That Special City in Your Life
"Dear Akron, I'm not from you, but you've made me your own, and there's no place else I'd rather be."

CBC TV
Lindsay Zier-Vogel swears that picnics are a great way to enjoy the city during the winter season.

U of T Magazine: She Loves You
Lindsay Zier-Vogel's eight-year quest to make strangers' days a little better - through the magic of love letters

Taddle Creek magazine: Lack of Pinterest
A good picnic is about more than creating the perfect charcuterie board, explains Lindsay Zier-Vogel.

The New Quarterly
A Losing Game of Tetris

The Temz Review
You Showed Up Wearing Pants

Today's Parent
Transitioning your toddler from naptime to quiet time

The Toronto Star
Something sensible and solid