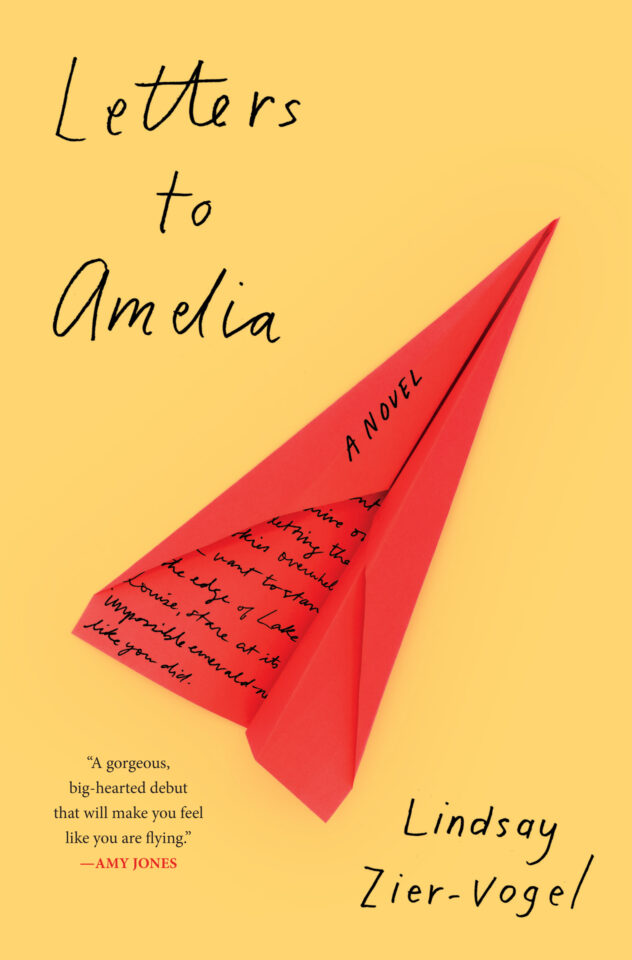 “Zier-Vogel’s imagined lovers’ correspondence connects the real Earhart not only to a broken-hearted library tech but also to us and our landscape, bringing to life this singular woman’s brave, soaring spirit.” — The Toronto Star

“The surprise debut novel of the year.” — NOW magazine

“The novel’s epistolary form is a strong stylistic device…. That the letters are meant not for Amelia but for Grace is a technique that builds the structure of the story, one letter at a time, with deeply authentic voices.” — The Puritan

“An understated literary work with a historical underpinning, Letters to Amelia celebrates singular desires and pays homage to intimacy in the face of social scrutiny.” — Foreword Reviews

“Its depth and ingenuity will make you marvel that it’s a debut work.” — Stir magazine

“There is a gentleness to Lindsay’s work that is not naive. In these times, such a gentle voice is rare in fiction. She understands — and wants her readers to understand — that tenderness is strength.”— Anne Michaels from University of Toronto Arts & Science News (plus this video)

“[A] multi-dimensional account of the life of a woman who remains not only a feminist icon but a figure of undefined mystique. I’m sure Amelia herself would be pleased.” —The Miramichi Reader

“Zier-Vogel refigures intimacy by displacing it from romantic relationships and situating it in the friendships women share with each other.” — Canadian Literature

“This book is the perfect read to combat the lockdown blues and a reminder to find your passion, no matter your circumstances.” — Cloudlake Literary

Alumna Lindsay Zier-Vogel’s debut novel combines the art and love of letter writing, U of T and Amelia Earhart
— University of Toronto Faculty of Arts and Science News