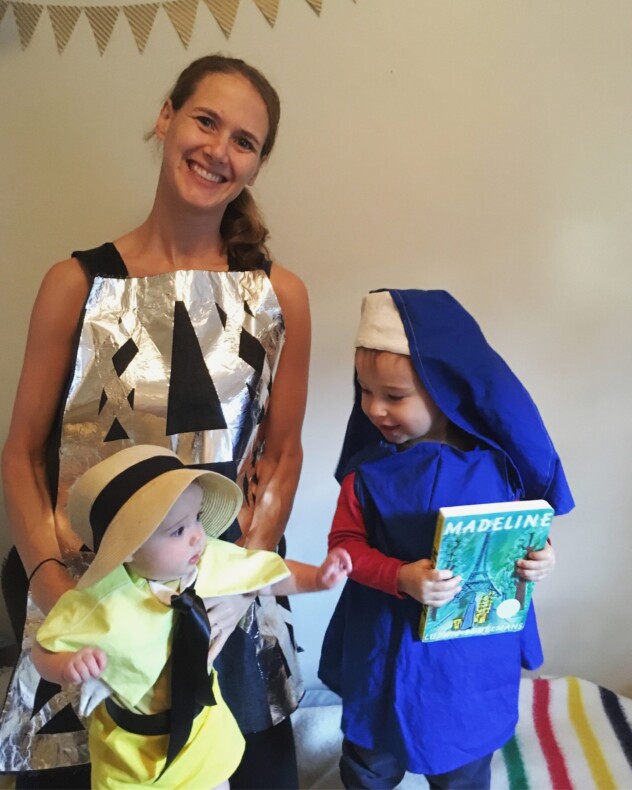 It’s no secret that I love making things. I’m not a great sewer (in fact I’m fairly terrible, being a firm believer in the measure-never, cut-a-million-times philosophy), but Halloween is MY JAM! All making all the time. I’ve always made my own Halloween costumes, including my Grade 4 gem: Time Magazine’s Woman of the Year. Ha!

This year, my 2.5-year-old, Jack, was insistent that he wanted to be Miss Clavel, the nun (?) from Madeline. I kept waiting for him to change his mind, but nope, Miss Clavel! SOLD! The “smallest one was Madeline” so 7-month-old Claire was Madeline, I was the Eiffel Tower (hello aluminum foil tape!) and my fella was “the tiger in the zoo” to whom Madeline said “pooh pooh!”

And my Halloween crafting shenanigans made it onto CBC Radio’s Metro Morning! You can listen to it here: 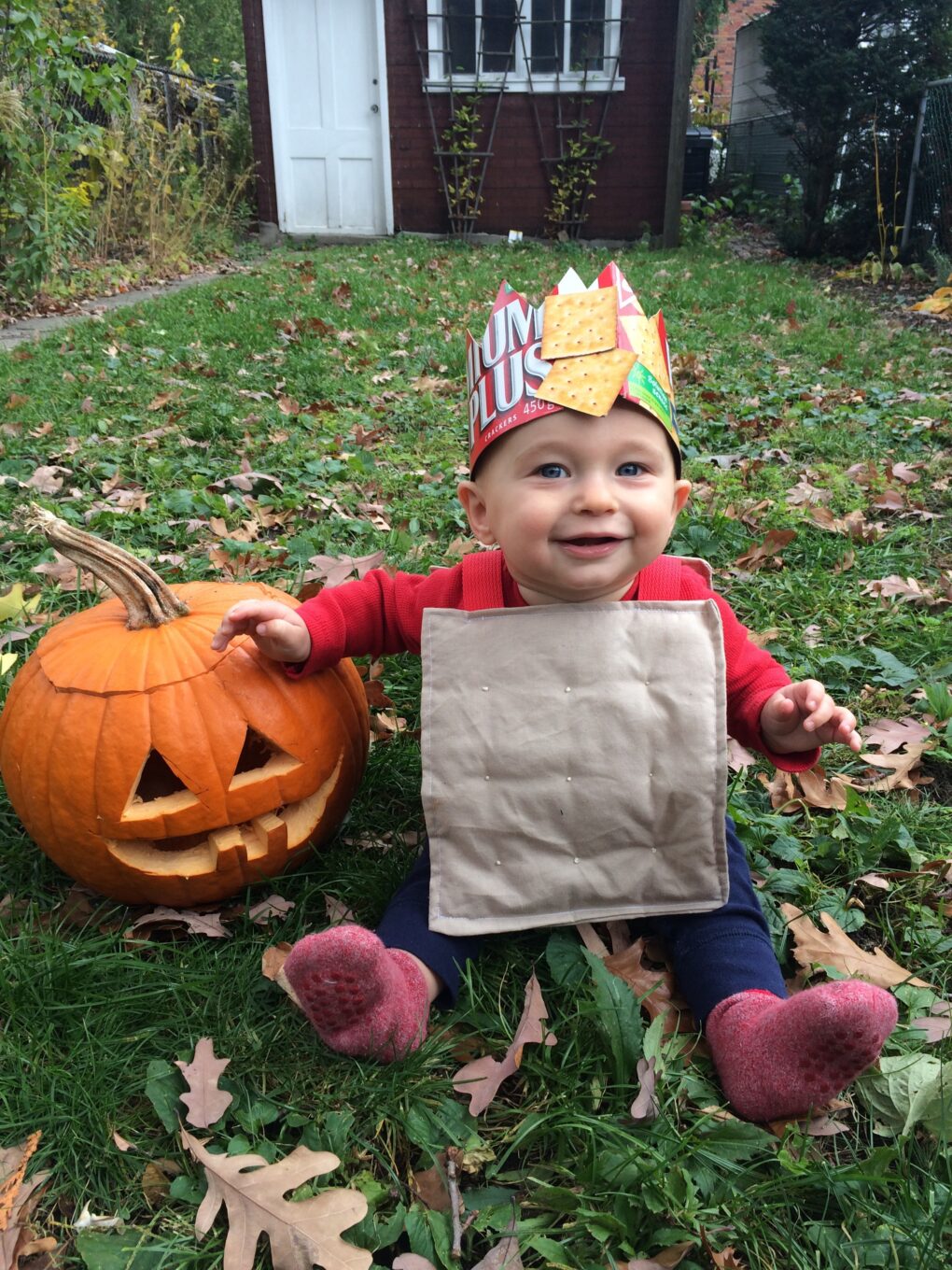 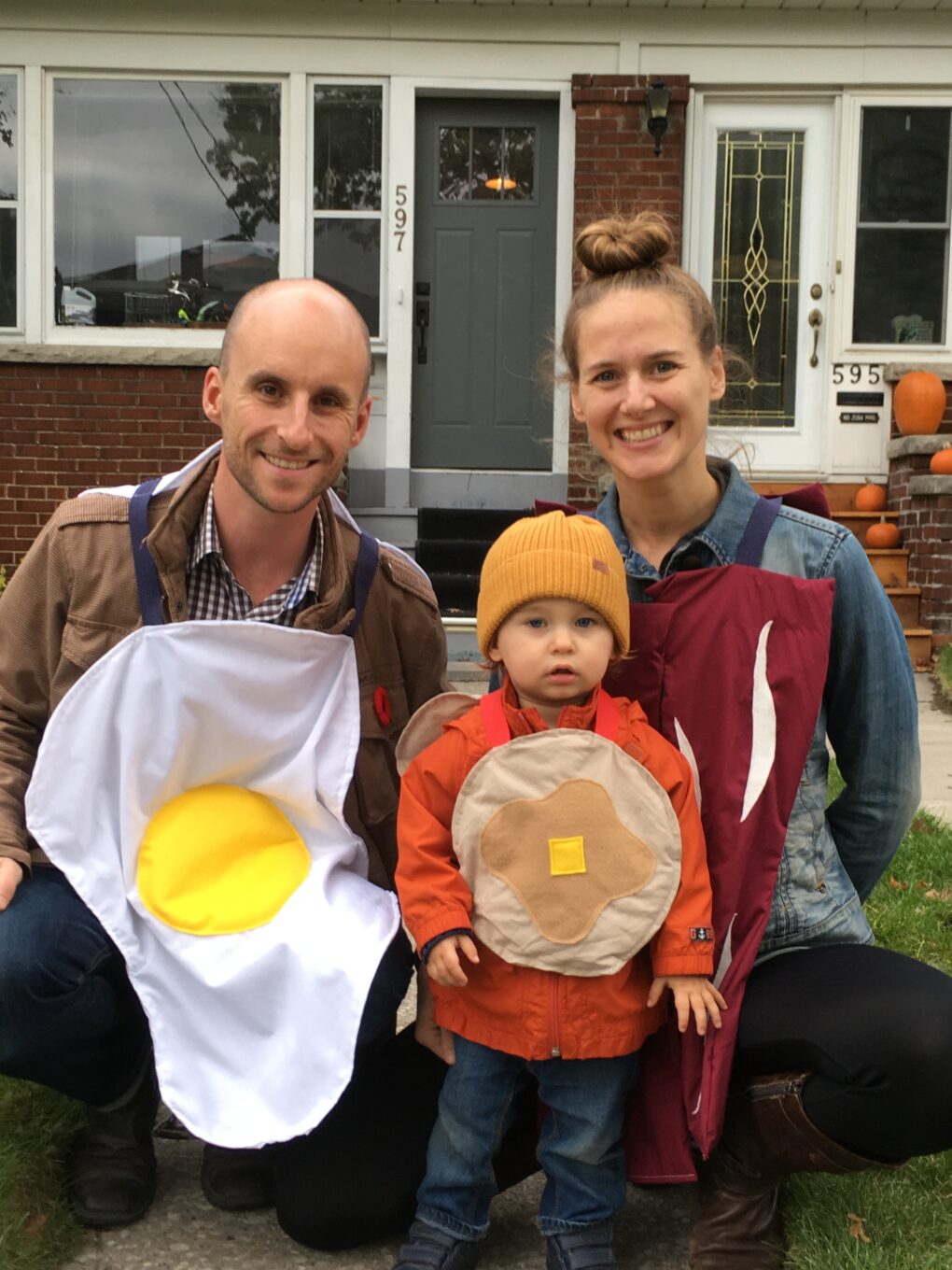 Team BRUNCH! (with our flapJACK!) 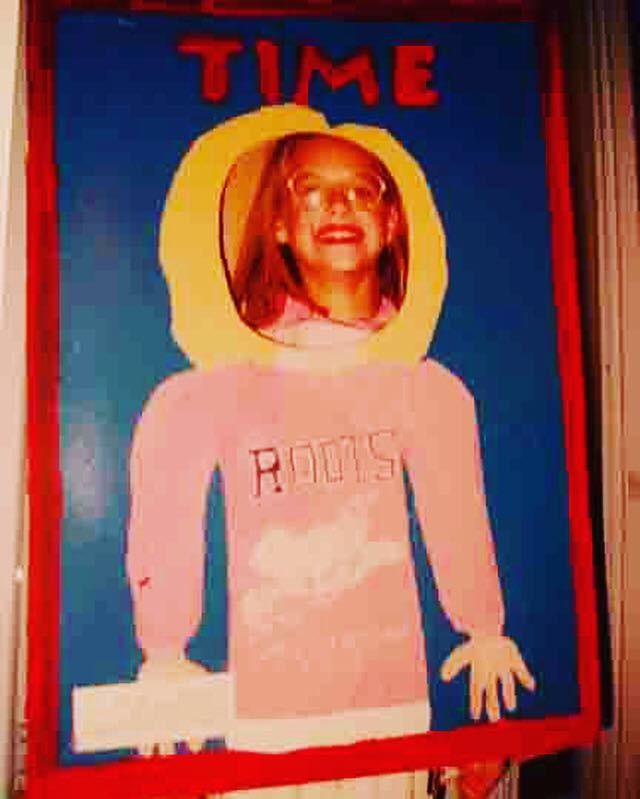